We are thrilled to announce the public release of Preside 10.8.0, our biggest ever release. The release features 108 completed tickets, more than 40 pull requests from 17 contributors and over 100 feature branches.

We are thrilled to announce the public release of Preside 10.8.0, our biggest ever release. The release features 108 completed tickets, more than 40 pull requests and over 100 feature branches. We would like to thank all our contributors of both code and issue reporting, including (but not exhaustively):

The Preside email centre provides an easy to develop templating system for your application's transactional email and a UI for your editors to create their own marketing email and freely edit transactional email templates. Combined with the new rules engine based filters, the system allows you to perform awesome marketing email communication automation.

The rules engine now supports expressions that can be used as filters in admin datatables (and any other application of filters that you can dream up). We have also made a big effort to auto generate rules engine expressions based on your data model so that you may not need to develop custom expressions for your applications. Rules are also now available to use in form builder post actions so that you can decide whether or not to perform an action based on data about the current request, page, user and/or content of the form submission.

This feature continues to excite and we're confident that it will excite you too. Full documentation can be found at: https://docs.presidecms.com/devguides/rulesengine.html.

Join us on Slack, or sign-up to the site and newsletter to find out more about the release. We have a series of webinars and further posts planned to take a deeper dive into the 10.8.0 features and will keep the community updated. 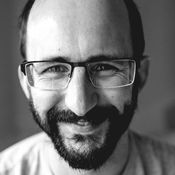